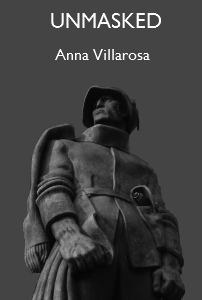 You don’t get much sleepier than Pinerolo. A tiny town stuck at the foot of the Alps, its greatest claim to fame is its panettone factory and the easy access it provides to the ski slopes that once hosted the Turin Olympics.

For those ignorant of its history, that is. Few remember that in the seventeenth century Pinerolo was a French possession, its citadel an impenetrable prison for enemies of the crown, one of whom went down in legend as the man in the iron mask.

Alessandro Mancini has little time for the past. A veteran of the Guardia de Finanza, he’s too busy hunting down illicit traffic across the surrounding mountain passes. Until he discovers a corpse in an abandoned cellar, its head enclosed in an iron helm which has been welded shut. Getting it off is a messy business. Dealing with the consequences of the face which is revealed is even worse.

A life spent in the mountains has taught Alessandro to be cautious and self-reliant. Luckily for him, because he’s just stumbled onto the most dangerous terrain he’ll ever encounter.